Every year millions of animals are subjected to cruel experiments in the name of cosmetics, medicine and even transportation. They are poisoned, burned, gassed, shocked, overdosed, crushed, blinded, operated on, and deprived any semblance of a quality life. Not only is this cruel, it’s unnecessary. It’s outdated, it’s wasteful, and it’s downright dangerous to humans. If animals are so different from us (different enough for us to justify experimenting on them), it also means they’re too different to gather relevant, conclusive evidence that would apply to us. If they’re similar enough that the experiments would actually be useful and relevant, then they’re just like us and it’s unethical to test on them.

The cost of experimenting on animals is high and the benefits are minimal. Non-animal testing is usually cheaper and more accurate than animal tests, which can be unreliable. Animal tests are misleading because they’re not good at showing how humans will… 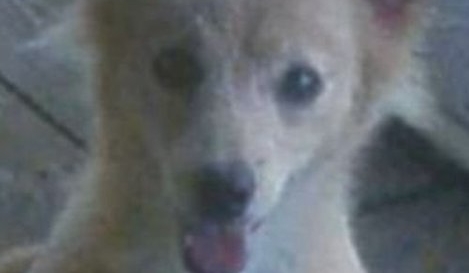 Three years ago in Texas, three young boys kidnapped a neighbor’s 5-month-old Pomeranian puppy, named Toby, and took him to an abandoned house. There, they climbed to the top of the building and repeatedly threw this poor pup off the edge, breaking all of his legs. They then strung him upside down BY HIS BROKEN LEGS and proceeded to hit him repeatedly with a wooden board embedded with nails, basically treating this tortured puppy like a piñata. These young monsters then lit his genitals on fire. One of them grabbed a pocketknife and started to cut Toby’s throat. It was at this point that this poor, victimized pup died of his wounds.

The boys who committed this terrible murder were 12, 14, and 16 years of age at the time it occurred, and although they were initially arrested and had their day in court, they were sentenced with mercy due to their ages. The prosecutor, whose very job consists of fighting for the victim regardless of what age the perpetrator might be, was the first to tell the media, “They are just children.”

Follow this link (scroll down a little at the link to see the whole story and read the petition, and then please, please, please sign this petition.

Again, why do some people think of animals as “things” meant for their sick amusement, rather than the living, caring, sensitive beings that they really are?

People seem to have a love-hate relationship with dogs dressed up like humans, but that hasn’t stopped the Internet from churning out more ridiculous memes.

The latest installment: Dogs wearing pantyhose (OK, we’re classing it up a bit, Dis Magazine called it “bitches wearing pantyhose”) is a trend picking up in China, according to Sharp Daily, a Hong Kong news site.

Since we at The Huffington Post love some good watchdog journalism, we thought it our duty to relay these photos to you. Bear in mind, though, dogs wearing pantyhose drew laughs in the office but left others upset.

I am not saying these slaying were justified, but I find it interesting that people who were likely raising dogs to be violent, vicious fighters, met their own violent death.

SALMON, Idaho, April 6 (Reuters) – Three people were shot to death in a rural Idaho house where a man and his son were breeding pit bulls, police said on Saturday, adding that they found two small children and up to 70 dogs on the property.

Semrad said Carter, who was Trent Christensen’s girlfriend, was still holding her unharmed 2-month-old baby. Also found in the home was a 2-year-old child.

“The infant was located under the arm of her mother, Yavette, as she was protecting the baby,” Semrad said in the statement. “The children are safe and are with family at this time.”

The triple slaying, which is thought to have happened Thursday afternoon or evening, left the children stranded with the bodies and as many as 70 caged or fenced pit bulls for as long as a day, Semrad said.

It was believed to be the first murder case ever in the sparsely populated rural area settled more than a century ago by Mormon pioneers, he said.

A man who went to the house to buy a dog told authorities about the deaths on Friday afternoon, Semrad said, adding that the animals were probably being bred for dog fighting.

Deputies also found a marijuana-growing operation in the basement of the home.

Investigators from Oneida and neighboring counties and the Idaho State Police have uncovered evidence that suggests the shootings stemmed from “some type of relationship between the perpetrator and the victims,” Semrad said.

The sheriff is looking to interview anyone who attended an Easter party last Sunday at the home.

He said authorities also are seeking the drivers of two trailerless semi trucks, one blue with white block-style lettering and the other red, seen at the residence in recent days.

“(The drivers) are not suspects but may have information that would be helpful to the investigation,” the sheriff said. (Editing by Nick Carey and Dan Whitcomb and Xavier Briand)

Florida’s endangered manatees, already reeling from an unexplained string of deaths in the state’s east coast rivers, have died in record numbers from a toxic red algae bloom that appears each year off the state’s west coast, state officials and wildlife experts say.

A manatee that had been exposed to red tide came up for air at the Lowry Park Zoo, in Tampa. The tide killed 241 manatees this year.

The tide has killed 241 of Florida’s roughly 5,000 manatees, according to the state Fish and Wildlife Research Institute, and the toll appears certain to rise.

The number of deaths from the tide far exceeds the previous annual record of 151. Most occurred along the lower west coast of Florida near Fort Myers, where an algae bloom that began last fall was especially severe and long-lasting.

“Southwest Florida is an area where a lot of manatees are during the winter months,” Kevin Baxter, a spokesman for the research institute, said Friday. “It’s a warm-water area. The bloom has persisted there for quite a while.”

Although the algae had largely dissipated by mid-March, he said, the manatee deaths are likely to continue for a few months because remnants of the toxin still cling to sea grasses. Manatees can eat 100 pounds of sea grass daily, said Pat Rose, an aquatic biologist and the executive director of the Save the Manatee Club in Maitland, Fla.

The state’s annual red tide affects a wide range of aquatic animals and can cause problems in people. The algae contain a nerve poison known as brevetoxin that is not only found underwater but that is also blown through the air when waves break open the algae’s outer casing.

Manatees, birds, dolphins and other animals can be killed by consuming the poison, either by accidentally eating the algae or by ingesting small organisms clinging to sea grass that have soaked up the poison while filtering seawater.

Residents and tourists regularly have respiratory problems after inhaling brevetoxins while strolling on beaches near red tides. People can also become ill after eating oysters and clams that have absorbed the toxin.

Experts are uncertain why this year’s algae bloom was so lengthy and toxic. Phosphorus runoff from fertilized farms and lawns may have contributed, because algae thrive on a phosphorus diet. The Caloosahatchee River, which runs through rural Florida farmland, empties into the ocean at Fort Myers.

But Mr. Rose and Dr. Martine DeWit, a veterinarian with the state’s Fish and Wildlife Conservation Commission, say a major cause may be an unfortunate coincidence of weather and timing.

Dr. DeWit said a mild, fairly windless winter helped the algae persist far longer than ordinary blooms, which generally die off late in the year. That meant large blooms remained offshore when the manatees, driven by a search for warmer waters, began moving to the Fort Myers area.

Manatees are attracted there every year by a warm-water discharge from a local power plant, Dr. DeWit said.

“We’ve seen in the past that when algae blooms coincide with manatee movement, it results in catastrophic mortality,” she said.

The red-tide deaths come amid what is shaping up as a disastrous year for the manatee, whose numbers have slowly been growing in recent years. So far this year, at least 463 have died from a range of causes, more deaths than had been recorded in any previous comparable period.

At least 80 more manatees have been killed this year in the Indian River in east-central Florida, where a huge phytoplankton bloom in 2011 killed most of the sea grasses. The manatees there appeared outwardly healthy, but autopsies indicated that they had severe intestinal distress and that their stomachs were generally filled with a different strand of algae that they were apparently eating in the absence of the grass they normally eat.

What is killing those animals is not yet known, but Dr. DeWit said it appeared to be related to the algae and could — like the west coast’s red tide — be tied to a poison.

Apparently Argentinian bazaar salesmen are passing off ferrets on steroids as toy poodles — and people believe them.

A local news report out of Buenos Aires caught the attention of the Daily Mail andother sites this week, after a man took the “toy poodles” he bought at the La Salada market to a veterinarian, only to find that it was actually a giant rodent.

Selling what Argentinians call a “Brazilian rat” — a ferret given steroids at birth to increase its size and then groomed — isn’t a rare occurrence, the site reports. But this particular story, aired in June 2012, apparently confirmed the urban legend that these freaky ferrets are sold at the popular market.

The victim paid $150 per poodle, Yahoo! News reports. Another woman told the Buenos Aires station that she was tricked into buying what she thought was a chihuahua — but that was also a ferret.

It’s unclear where the enhanced ferrets are today.

And if you can’t tell the difference between a ferret and a toy poodle, the Daily Mail has a checklist you can use to make sure your pooch isn’t a gargantuan rodent on ‘roids:

But ferrets aren’t the only animals that have allegedly been used to dupe poodle-seekers. The Brisbane Times reports that a Japanese actress once purchased a lamb believing that it was a standard poodle.

That’s billions. The number of land animals killed each year for food. And that DOES NOT include sea animals or animals killed for fashion or simple exploitation purposes. How many of those billions are you responsible for?

Check them out at Sunny Day Farms